To ensure access to electricity at all times, off-grid solar systems require battery storage and a backup generator (if you live off-the- grid). On top of this, a battery bank typically needs to be replaced after 10 years. Batteries are complicated, expensive and decrease overall system efficiency. 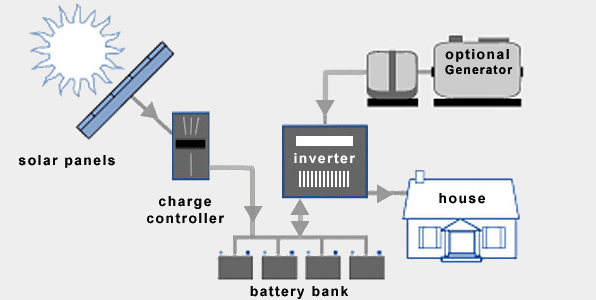